From the desk of Dayna Gilchrist-

The holiday parties have begun, the Christmas music is playing on the speakers at the office, and we are all feeling the nostalgia of this time of the year. I thought I would reflect on some of my favorite holiday programs through the years!

ABC Family hosted the event in order to promote their movie, Santa Baby 2: Christmas Maybe with Jenny McCarthy and Dean McDermott. Guinness Book of World Records officials were on hand to certify the event as the largest-ever gathering of Christmas elves! The stunt worked for three reasons. First, it was festive, fun and slightly off the wall, which is just the kind of thing people are looking for during the hectic holidays. Second, it was a family-oriented event, and so parents enjoyed having their kids take part. Third, it related well to the movie, since the “elf strike” plays such a role in it. We had over 600 Brand Ambassadors dressed as elves!!  The stunt received some press coverage, including pictures or stories on the Us Weekly and People web sites, as well as mentions in various Twitter feeds and on Facebook pages where people posted their own pictures. Most notably, it will be listed in the next “Guinness World Records” book. 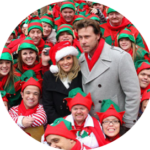 EBay’s Toytopia was the place where toys united generations! It invited families to play with the most “happening” toys of the holiday season and vote for their favorites at their North Pole themed voting station. Toys included a selection of “rare, retro and right now” toys. The popup was organized into interest-themed play zones which included built-in social moments.  Hype’s role was to provide 23 cheerful and friendly staff to guide guests through this interactive space and memorable experience.  Client was looking for a diverse, fun and family friendly brand ambassador to help make their Toytopia come to life! Check out the hashtag #eBayToytopia – for more fun pics! 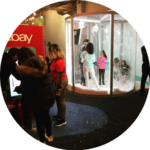 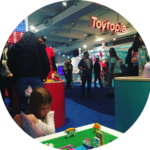 JCPenney poked fun at itself a bit during the holiday season with a “Jacques Penne” pop-up shop. (Think “Tarjay”) The retailer is aiming to create a sense of discovery by discreetly branding the shop “Jacques Penne,” the fancy French-ified nickname shoppers have been using for the affordable American department store for decades when wanting to make it sound more chic and expensive. Once inside, shoppers “will be pleasantly surprised to find that the boutique is actually a JCPenney pop-up shop,” according to a release.  This holiday activation invited shoppers to explore a highly curated boutique-style shop in NYC that showcases the must-have gifts of the season. Once shoppers entered, they realized they are actually looking at items from JCPenney. The items were curated by trend and the special displays featured gifts handpicked by influencers who took the JCPenney Holiday Challenge. 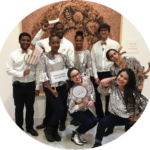 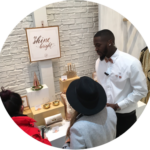 To help build consumer awareness of their faux Christmas tree line, Michaels built a pop-up tree farm in the heart of New York City. Located on the sidewalk directly across from the Michaels store at 675 6th Avenue, consumers walked upon the activation space complete with 5 pre-decorated Christmas trees, a variety of bundled up trees, and a hot cocoa cart.  The goal of the event was to educate the public that Michaels has everything you need for Christmas, from the Christmas trees down to the ornaments. The displayed trees and much of their décor could be purchased within the store! Our brand ambassadors added to the pop up as greeters and talked to consumers about all the offerings at Michaels! 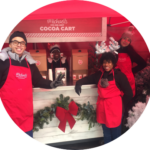 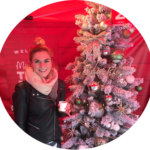 As part of a larger program, Hype was hired by Cox Communications to activate 100 straight days of “speed-themed” activations to promote their new GIG internet speed. During the month of December, we sprinkled in days at the local retail stores where we offered free “SPEEDY” gift wrapping! We also set the holiday mood with Carolers outside the store that were skilled performers and sang the classics very fast! It was a fun play on the new products available at Cox and we had fun finding the right talent to make it all come to life! 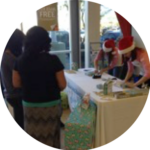