This year, as Valentine’s Day approached, we thought it would be fun to run a little contest with the Brand Ambassadors that worked with us over the last few months. We called it the #PromoLoveStory. Whether you are single or married, the contest was open to anyone and everyone who has found love one way or another while working in promotions.

Whether you fell in love with the experiential industry one day while picking up a street team gig, met your best friend working a week long convention or fell in love with your significant other over a food sampling activation- we wanted to hear your Promo Love Story! We received SO many incredible stories about love, friendship and finding a new passion through working in this industry, but one story won the voting by a landslide! 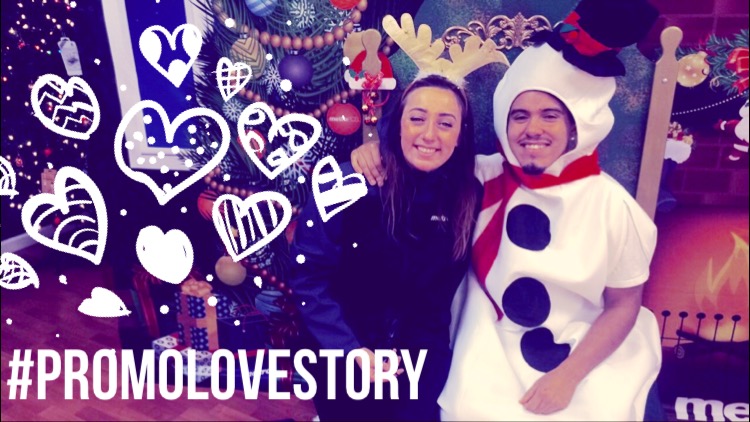 This is the story about Kristen, Luis and a snowman told by our winner, Kristen:

“On a particularly busy day of our holiday marketing road show, our Santa Clause for the event didn’t show up. Being that I was not a guy, I couldn’t fill in (plus I was already dressed as Frosty). Luis immediately took the role of Santa on with excitement. But as a Latino, the boss was concerned about him fitting the typical “Santa stereotype”. An hour into the gig, a little Mexican girl came to sit on Santa’s lap. Her mother shared that she did not speak English confidently. Luis put the little girl on his lap, and began speaking in Spanish. Her eyes welled up with excitement that they could communicate, and my heart completely melted in that moment. I had to say yes to him when he later asked me on a date. We have been together ever since!” 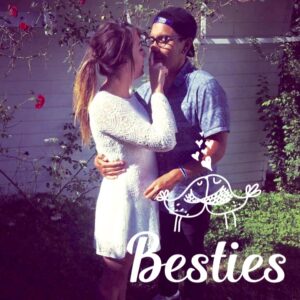