SALEM, N.H. and REDONDO BEACH, Calif., April 7, 2014 /PRNewswire/ — For the third year, The Hype Agency, the U.S.’ preeminent nationwide experiential staffing company, has been named to the 2014 Best of Staffing® Award list presented by Inavero, in partnership with Careerbuilder.com. Best of Staffing is a competition for staffing firms to see who truly provides exceptional talent service. This prestigious award distinguishes staffing firms who outperformed the industry’s benchmark. Yet again, this year’s award outcome highlights a growing divide among the industry’s leaders and laggards, and identifies The Hype Agency as one of the best staffing agencies in the industry!

“It is such an honor to be named to the Best of Staffing Talent List again! We truly pride ourselves in providing the best customer service in the industry and creating long-term partnerships with our clients and talent,” commented Kate Bright & Dayna Gilchrist, founders, The Hype Agency.

One staffer surveyed said, “I believe those who run the agency legitimately have their clients and employees best interest at heart. I believe in them as a company.” And another staffer commented, “The Hype team has always been friendly, professional, and easy to communicate with.  I always look forward to my next assignment with Hype!”

If you are in search of an event staffing agency and execution partner for your upcoming mobile tour, experiential marketing campaign, or PR stunt, there is only one choice….The Hype Agency! Call them today at 1-844-GET-HYPEx111!

ABOUT THE HYPE AGENCY:
The Hype Agency provides event staffing and experiential event execution partnership for its marketing agency clients. Founded in 2006 by entrepreneurs Kate Bright & Dayna Gilchrist, the agency has offices in both Salem, NH and Redondo Beach, CA. Hype’s clients come to The Hype Agency for the “HYPE Effect”; the moment when a brand ambassador and consumer meet. It’s a critical moment—one that Hype takes a lot of time to consider and analyze. Because they know that having just the right person, the right message, and the right experience can make that moment perfect, lasting long after the initial engagement.

The Hype Agency has offices in Redondo Beach, CA and Salem, NH. For more information on The 2014 Best of Staffing Award – please visit https://www.bestofstaffing.com/2014/talent/the-hype-agency

For more information on The Hype Agency – please visit www.thehypeagency.com

Inavero’s Best of Staffing® is the nation’s only award that recognizes staffing agencies that receive remarkable reviews. Bestofstaffing.com is the central place that businesses and talent go to find the best staffing agencies to call when they are in need. 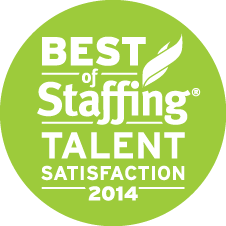